What’s next for Ronaldo? Will he really leave UTD this summer?
Football

What’s next for Ronaldo? Will he really leave UTD this summer? 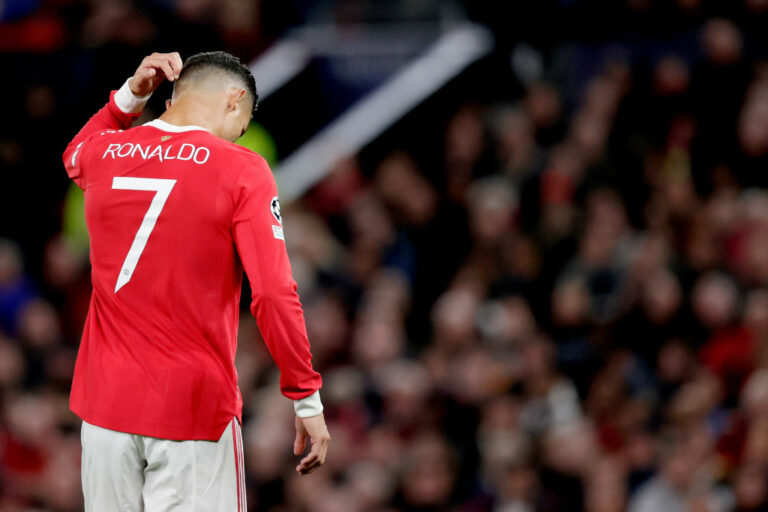 The 2022 summer transfer window has been dramatic, even by Manchester United’s recent standards.

The club has fallen from the top of English football and the Red Devils have made a disastrous start to the 2022/23 Premier League season. In addition to the incoming transfer rumours, there has been a lot of noise around the future of Cristiano Ronaldo. Will he stay at Old Trafford for another season, or could he leave the club before the transfer window shuts?

Why should Ronaldo stay?

From the point of view of the football club, Ronaldo should stay at Manchester United because he scores goals. The Portuguese forward was the top goal scorer for Manchester United last season and without his goals, they could easily have finished further down the Premier League table and been eliminated from the Champions League at the group stage. Ronaldo scored 18 goals in the Premier League last season, more than Harry Kane, Sadio Mané, and Jamie Vardy. If Ronaldo did leave Manchester United, they would find it tough to get a replacement who will score them the same number of goals in the brief time remaining. If you would like to have a wager on the top scorer in the 2022/23 Premier League season, this guide to Android betting apps highlights some of the leading online betting apps and bonuses.

Why should Ronaldo leave?

There have been rumours Ronaldo is a disruptive influence in the dressing room and he has caused a division in the team. His ability to play the style of football required by Erik ten Hag has also been brought into question, especially as the manager wants his forward players to apply pressure to the opposition defenders when they are in possession of the ball. From Ronaldo’s perspective, Manchester United are not going to compete for the Premier League title and are not playing in the Champions League this season. As things stand, Ronaldo holds the record for the most goals scored in the Champions League, at 140 and he wants to build on that before he retires. At the age of 37, he may have only one more season to add to his tally before retirement. That would be impossible at Manchester United this season.

Ronaldo guarantees goals, even at the age of 37 but he does not come cheap. Any team wanting to add Ronaldo to their ranks must be willing to pay a considerable sum of money in wages unless the Portuguese decides he is happy to take a reduction on his current deal at Manchester United. Chelsea have been linked with Ronaldo, but that rumour has died, leaving Atletico Madrid, Borussia Dortmund, and Sporting Lisbon as potential candidates. Atletico Madrid have the greatest chance of success in the Champions League and La Liga is regarded as one of the top leagues in Europe. Borussia Dortmund can offer Champions League football but progress to the latter stages is far from guaranteed. The same can be said for Sporting Lisbon, who are likely to be eliminated at the group stage.

Ronaldo may have his sights set on a move away from the chaos at Old Trafford and if he puts in an official transfer request, it could still happen. However, any transfer relies on a club making an acceptable offer, to both the player and Manchester United. There could be a lot of money involved for a player who perhaps has only one year remaining at the top level. Taking that in to consideration, is there a Champions League club willing to take a risk on signing Ronaldo this summer?