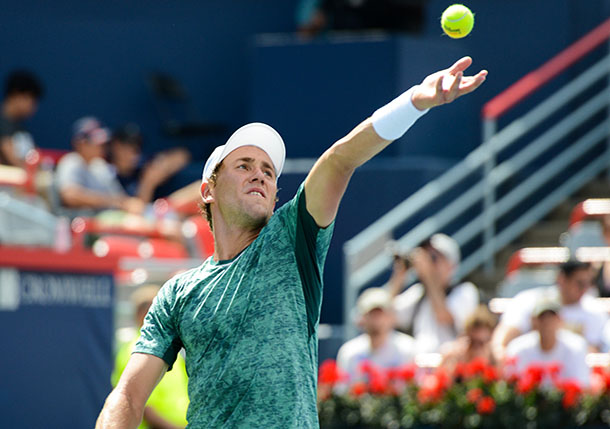 Casper Ruud can be the next world No. 1 because he’s become a more complete player, says Matteo Berrettini.

A focused Ruud shredded Berrettini 6-1, 6-4, 7-6(4) becoming the first Norwegian to reach the US Open semifinals while moving closer to the world No. 1 ranking.

“I mean, he’s possibly going to be No. 1 in the world,” Berrettini said of Ruud. “He’s play definitely higher level of tennis, but I think, I mean, for myself, as well.”

Berrettini believes there are three reasons why Ruud is now a true contender for world No. 1. The Roland Garros runner-up has strengthened his serve, sharpened his return and bolstered his backhand, which has been his significantly weaker wing throughout his career.

“I think [he’s improved] his return, definitely. Also his serve,” Berrettini said. “He’s able to mix it up. I think he was struggling when the ball was coming a little bit faster.

“At the beginning, I would say, like me, he needed little more time, like, to release his power, and now I feel like he adjust and he’s stronger. Especially on the backhand side, he never like lose the court, and with the forehand he’s really effective, really precise.

“Yeah, just playing and playing, like we push each other to get better and better. And I think, yeah, he’s more complete, like, in his strokes and stuff.”