Pundits Give Their Tips For Latest Games
Football

Pundits Give Their Tips For Latest Games 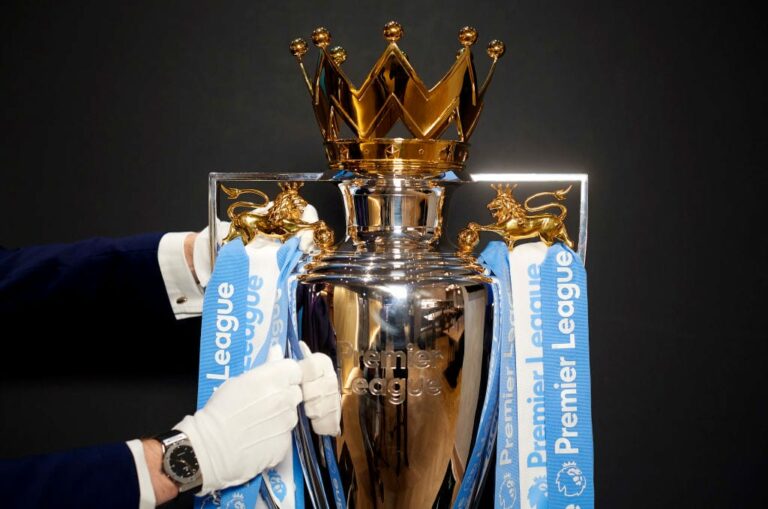 Check out expert predictions from Paul Merson, Chris Sutton, and one from Peter Crouch on the upcoming Premier League fixtures this weekend.

Another round of Premier League predictions is available for us as the season gets underway.

Plenty of fun and drama awaits. We have some titanic clashes coming up both up and down the table. So will there be more exciting goal affairs or any interesting Premier League predictions?

To answer this, we turned to former Arsenal midfielder Paul Merson on SportsKeeda and ex-Chelsea striker Chris Sutton on BBC, as well as one tip from Tottenham and Liverpool hero Peter Crouch on Paddy Power, for some Premier League predictions.

In case you’d like to play some games besides betting, have a look at online casinos in Canada. The site has some interesting offers for all casino fans. Be sure to check it out if you want to compare and choose the best slots or games providers!

“This is a hard one to start with. Everton should have defender Conor Coady and midfielder Amadou Onana making their debuts, but they missed a specialist striker in their defeat by Chelsea and still look light up front, even with Salomon Rondon back from suspension. If Aston Villa don’t beat Everton, you can sense there will be a bit of frustration from the Villa fans – and I don’t think they will beat them.”

“Everton also suffered defeat in their first game, but it’s no big disgrace losing to Chelsea. They have suffered a couple of injuries, however, and Villa’s home advantage gives them an edge this weekend.”

“Because I’ve got Leeds going down, they can’t keep on winning – I saw the stat on MOTD2 that, if a team takes eight points from their first five games, they have a 96% chance of staying in the Premier League. So, I am going to go with Southampton to bounce back here – although I’m not entirely sure how they will do it.”

“Going by their first game, Southampton are in for a long, long season. They started well against Spurs, and they’ll look to make the most of their home advantage this weekend.”

“Everything seems rosy at Arsenal at the moment. Their fans are getting very excited about what they could do this season. I don’t want to jump on that bandwagon because I think their bubble will eventually burst a little bit, but I like what Gabriel Jesus has brought to their attack and, at home, I think they should edge this one.”

“I thought Arsenal were outstanding in their first 20 minutes against Crystal Palace. I was very impressed by them at times last week, and I think they should be able to win this game easily.”

“I like watching Eddie Howe’s teams and I am expecting this to be quite an expansive game. I don’t want to predict another draw, but I think it will end with the points being shared.”

“I think these two teams are on a level footing and there’s not a lot between them. Newcastle and Brighton are evenly matched at the moment and could play out a draw this weekend.”

“Erling Haaland is going to be licking his lips before this one. If Manchester City score the first goal, Bournemouth are in trouble. I suspect the Cherries will try for damage limitation if they do go behind, but I’m not sure that will work. Bournemouth are the tallest team in the Premier League – and they are probably going to take the biggest walloping this weekend.”

“Haaland was brilliant against West Ham and I’m sure he’ll score again in the Premier League this weekend. Manchester City are on a different planet at the moment, and Bournemouth will have to understand that. They’ll get beat, and they’ll have to move on and go on from there again.”

“The Fulham players will have taken a lot of confidence from that performance [2-2 draw against Liverpool], and with Aleksandar Mitrovic in their team, they look like they’ve got a goal threat. I am really tempted to go with a Fulham win, but they are another team I have backed to get relegated – so that can’t happen. It’s going to be another draw, I’m afraid.”

“This is a big Premier League game for Wolves. The pressure is on for them, and you could see it in their manager last week. Fulham did well last week, but Wolves will be on their game and should be able to win this match.”

“United have got issues everywhere. At the back, I don’t fancy Lisandro Martinez and Harry Maguire against Ivan Toney. Up front, Cristiano Ronaldo should return to lead the line – but how fit is he? Some people might think this prediction is bad – but it’s not half as bad as United being linked with [Marko] Arnautovic in the first place.”

“I’m not sure if Cristiano Ronaldo will start this game. If he’s not staying, why would you start him? It depends on what’s going on behind the scenes. They need to move on sooner rather than later. A week and a half ago, he walked out of the ground because he wasn’t playing. To say that his behavior is unacceptable and then to have him play in the first Premier League game of the season is no big statement by the manager. Manchester United are all over the place at the moment, and I’d be shocked if they pulled off a victory here. I don’t see Brentford losing this match, and a draw is a fairly likely outcome.”

“This is not going to be easy for West Ham. It’s Forest’s first home game back in the Premier League so they will have a real go at them. The Hammers still have injury problems at the back too, but I just think the nous of their manager David Moyes will see them edge it.”

“I think West Ham will do well in parts here. They need to forget about last week’s defeat – when Man City are hot, they’ll win against everybody. West Ham are among the top six or seven teams in the Premier League and should be able to win this game.”

“Chelsea love playing Spurs – they beat them four times last season, and Tottenham have only beaten them once in the league at Stamford Bridge since February 1990. Spurs boss Antonio Conte was in charge of Chelsea for that defeat – in April 2018 – but I have a sneaky feeling he will enjoy this meeting a lot more.”

“If either team loses this match, it’s a massive step in the wrong direction. Neither Chelsea nor Tottenham Hotspur can afford to suffer defeat this weekend, and I think this game will end in a draw.”

“Both teams on Sunday will have top attackers on display and I think there’ll be goals. I expect them to play out a score draw with at least four goals split between the sides. Maybe Tottenham could nick it at the end – that might be my heart talking – but I’m sure there’ll be quite a few goals scored with the talent on show.”

“Palace got off to a bad start losing at home to Arsenal, and things don’t get any easier for them here. Liverpool cannot slip up again in this one after dropping points against Fulham. This is going to be routine for Liverpool and a difficult night for Palace.”

“Liverpool aren’t playing against a dominant team in Crystal Palace – midfield isn’t the biggest part of their game, but they can hurt you on the counter. I think Liverpool will win this game, but it’ll be a hard-fought match.”

“Means A Lot To Me”: PV Sindhu On Singapore Open Triumph