By Dan Ambrose: Golden Boy Promotions boss Oscar De La Hoya gave a sad update on the Gervonta ‘Tank’ Davis vs. Ryan Garcia fight picture for December, saying that he’s still waiting to be contacted by the promoters for Tank.

Looking at it in a realistic way, it’s pretty obvious at this point that if De La Hoya and his Golden Boy company haven’t received a call from Gervonta’s management by now, the fight isn’t going to happen this year.

If you’re De La Hoya, you should be looking for a plan-B opponent for Ryan Garcia to fight in December at 140 instead of wasting his time hoping that Tank Davis’ promoters or manager will suddenly call.

There are plenty of great options that the unbeaten 23-year-old Ryan can fight at 140, considering how popular he is.

“That’s the way it has to happen. You have to go through promoters, and so I’m waiting for that call,” said Golden Boy Promotions CEO Oscar De La Hoya on social media, talking about him waiting to be contacted by the promoters or management of Gervonta ‘Tank’ Davis to make the fight with Ryan Garcia for December or whenever.

“Make it happen. It’s a great match, right? Tank-Ryan, I want it. I want to make it happen now.

As long as Ryan isn’t afraid to step it up against B-level opponents from the C-level guys he’s been routinely facing during his career, he shouldn’t have any problems finding a talented foe for December on DAZN.

If Ryan Garcia or his promoters are unwilling to fight those types of opponents in the 140-lb division, he’s not going to go far because he needs to fight quality opposition, which he hasn’t been doing thus far.

Frankly, it might be a bad idea for Ryan to be campaigning at 140 because those guys punch harder, and they’re schooled. With the way Ryan fights, standing straight up on his pencil-thin legs, these killers are going to tee off on him if Golden Boy dares to make those fights. 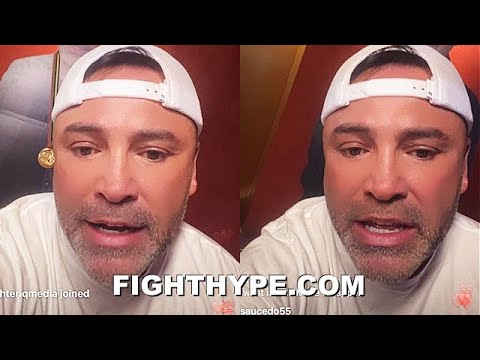