One Thing Tougher Than Losing
Tennis

One Thing Tougher Than Losing 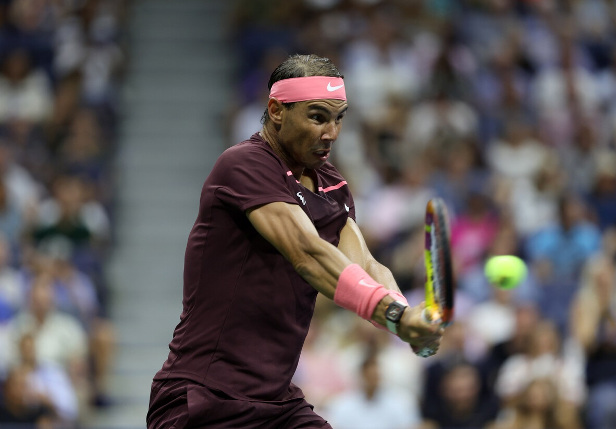 Visitors to the Rafa Nadal Academy in Mallorca can step into the king of clay’s competitive psyche every time they enter the building.

A famous Nadal quote adorns the wall: “Losing is not my enemy,” Nadal said. “Fear of losing is my enemy.”

These days, Nadal continues to eradicate all enemies in Grand Slam play.

The reigning Australian Open and Roland Garros champion withdrew from Wimbledon prior to his semifinal match vs. Nick Kyrgios due to an abdominal tear.

Pointing to the fractured rib that stung him at both Indian Wells and the torn abdominal that ended his Wimbledon and denied him the shot to play for the calendar Grand Slam, Nadal said retiring is much worse than losing.


“Retiring is, in my opinion, much tougher than lose. That’s the thing, no?” Nadal said. “The sports is about winning or losing, not about retiring. When you retire, you can’t compete. The feeling is much worse than losing a match, no?

“But that’s what happened. In some way it’s part of my tennis career, too. In the other hand, of course I’m having an amazing year in terms of results, but at the same time a tough year because I went through the foot, the rib, stress fracture on the rib, then the tear in the abdominal. A lot of things going on during the last six months and a half seven months.

“At the same time we coming back from a tough period of time. Yeah, can’t complain much. Even if I went through, I was able to win tournaments and be in the position today. Today I was able to win a match again, no? Be in the second round of the US Open, it’s important for me. I was able to come back after a tough first set.”

Next up for Nadal is a likely Thursday night showdown vs. Fabio Fognini.

Nadal has won 13 of 17 matches against the theatrical Italian, but Fognini scored a historic win in their lone US Open meeting.

Seven years ago, Fognini made history as the first man to fight back from a two-set deficit and defeat Nadal in a Grand Slam scoring a tremendous 3-6, 4-6, 6-4, 6-3, 6-4 triumph. It was Fognini’s third win over Nadal in 2015 as he joined Novak Djokovic, Roger Federer and Juan Martin del Potro as just the fourth man to beat Nadal three or more times in a single season.