Joyce (14-0, 13 KOs) will get a chance to prove himself against one of the best contenders in the heavyweight division in, former WBO champion Parker (30-2, 21 KOs).

The 36-year-old Joyce will be looking to show that his tenth round stoppage victory over Daniel Dubois in 2020 wasn’t a fluke thing. For his part, Parker, 30, will be facing his best opponent since his back-to-back losses to Dillian Whyte and Anthony Joshua in 2018.

The winner of the Joyce vs. Parker fight will be in a prime position to challenge for a world title against one of the three champions in the division.

Also on the card, former seven-division world champion Amanda Serrano faces IBF champion Sarah Mahfoud in a unification. Serrano will be fighting for the first time since losing to Katie Taylor.

“It’s a very tough fight, a very challenging fight, but a fight I’m going to be 100% ready for and a fight that I’m excited about,” said Joseph Parker to Boxing Social about his bout against Joe Joyce.

“I’ve been involved in some big fights, so me and my team know what to do to make these fights happen. It took a long time to lock this fight in. There’s no hatred or anger towards each other.

“Joe Joyce has one style. He comes forward and has a very good engine. He’s very fit to go the distance, and he’s also throws a lot of punches and puts pressure on.

“When you see someone with one style, and they don’t change, it’s a lot better to plan for. I’ve left it up to Andy Lee to come up with a game plan, and we’re working on things in the gym that we know will be very beneficial come fight time that we can use against Joyce and get a good result,” said Parker. 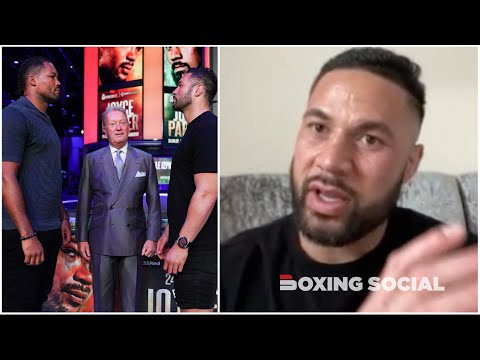