Is Ronaldo in danger of being benched at the World Cup?
Football

Is Ronaldo in danger of being benched at the World Cup? 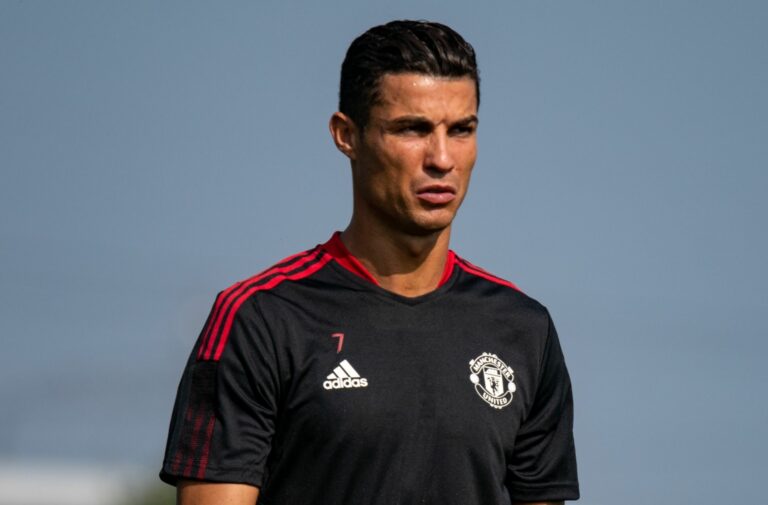 Cristiano Ronaldo returned to Manchester United last summer, scored a hatful of goals in a bang-average side and was supposed to be their talisman again this season before heading to Qatar 2022 ready to put on a show for the world in what is likely to be his last major tournament.

Instead, United’s new boss seemingly sees Ronaldo as a squad player and now the question of whether or not Ronaldo is in danger of being benched at the World Cup genuinely needs to be asked.

So, the million-dollar question. Will Ronaldo start in Qatar? The best response is probably to ask you another couple of questions.

Would seeing Ronaldo on the bench boost the opposition pre-kick-off? And would Portugal’s FIFA World Cup betting odds drop if he was left out of the squad? The answer to both is yes and that’s why Ronaldo has to start.

What’s gone on at United?

Ronaldo resigning for Man United last year was seen as a homecoming. The Portuguese legend had delivered countless goals and trophies for United before heading off to confirm himself as the best player – and best goalscorer – the world has ever seen. His return was supposed to be lift off for a floundering United. It was not.

Whilst Ronaldo, as he has always done, scored goals at a quite alarming rate, his team were not on the same level. That saw Ole Gunnar Solskjaer sacked, Ralf Rangnick fail miserably and United end the season with no silverware and no Champions League football. Then came the summer.

During the summer, Erik Ten Hag was appointed as manager and Ronaldo dominated headlines as he reportedly pushed for an Old Trafford exit. That exit never materialised and, here we are with the window closed, Ronaldo remains a Manchester United player. Just not a prominent one.

Ten Hag has never closed the door on Ronaldo citing him as a key player in his squad but actions speak louder than words. Ronaldo started against Brentford as United suffered a 4-0 mauling; he was then dropped from the XI for games against Liverpool, Southampton, Leicester and Arsenal as the Red Devils took 12 points from 12 before Mr CR7 returned to the lineup in the midweek loss to Real Sociedad.

For the foreseeable future, Ronaldo looks like being a bench player at Old Trafford. Will that lack of game time see him dropped from the Portugal XI come Qatar 2022?

What does it all mean for Ronaldo and the World Cup?

The fact we’re even debating whether or not Ronaldo goes to Qatar is almost impossible to believe. Ronaldo has been the poster boy of Portugal for about 15 years. He emerged from the shadows of Luis Figo to slap his nation into the limelight alongside the most elite nations in world football and that means something to his teammates and the fans of his homeland.

With that noted, the next thing we need to say here is that there is no way that an injury free Ronaldo doesn’t go to Qatar in December; that is true regardless of what happens at Manchester United between now and then. If Ronaldo doesn’t kick a ball until December he will still be in the Portugal squad. What is more debateable is where he fits within that squad.

Rewind back to Euro 2016. Ronaldo was subbed off injured during the final and stood teary eyed on the sidelines barking orders and giving encouragement to his team. That’s not a man trying to steal the show to feed his ego; that’s a player that loves his country and his team. A Portugal dressing room with Ronaldo’s presence would be a somber place – he will be there until he hangs up his boots.

As for on the pitch, how can you question what he brings? This Portugal side aren’t a team that dominates possession and suffocates teams into mistakes; they take a conservative approach to games – sometimes to the point of receiving criticism – and know that when chances fall their way they have the front players to take them.

Ronaldo isn’t the only forward option they have, of course. Rafael Leao, Diogo Jota and Andre Silva can all do a job up there. None of them can boast the number of Ronaldo though – not even close. It’s not just a case of looking back fondly either, in his last four matches for the national team he’s weighed in with four-goal contributions.

To sum up, it’s unlikely that Fernando Santos does not pick Ronaldo as a starting option, but more than ever he will have to prove his worth. Never has the Portuguese front line been so stacked before, so Ronaldo will have to remind what he is capable of and we are quite sure he is able to do that.

‘We got our butts kicked’