Is Canelo Alvarez Ready To Be Beaten By Golovkin?
Boxing

Is Canelo Alvarez Ready To Be Beaten By Golovkin?

By Sean Jones: Canelo Alvarez’s recent loss to Dmitry Bivol showed that he’s vulnerable at this stage of his long 17-year professional career and potentially primed to be beaten by Gennadiy Golovkin on September 17th.

A lot of boxing fans have got it wrong, focusing on the 40-year-old Golovkin’s age, thinking he’s the one that is heading towards a near-certain loss in his trilogy fight against heavy favorite Canelo (57-2-2, 39 KOs).

It’s the other way around. The 32-year-old Canelo is the one that has the wear & tear on him from a long pro career, which has spanned more than half of his life.

Canelo has been able to disguise his deterioration by beating the living daylights out of paper champions from Europe for the last four years. When Canelo finally got in with someone with halfway decent skills in Bivol, he had the target beaten out of him last May.

Believe me, we would have seen Canelo exposed if he’d fought David Benavidez during the last four years, but he’s wisely stayed away from the young gun. Now, he’s saying he’s not going to fight Mexican fighters, which means Benavidez won’t get the chance to knock him out.

Golovkin still has the power and the skills to beat Canelo, but he’s going to need to really put it on him for him to get the victory at the T-Mobile Arena in Las Vegas.

We just saw Bivol almost lose to Canelo last May despite the fact that he totally schooled him, and fought well enough to win 11-1 in rounds. If Golovkin doesn’t mind narrowing the blueprint from Bivol, he can out-box Canelo and get the better of him by throwing combinations.

Golovkin has got to forget about loading up on his single shots like he did in his first two fights against Canelo because he’s never going to knock him out.

Canelo takes too good of a punch for him to be knocked out by GGG. It would take someone like Artur Beterbiev to stop Canelo, but he’s no crazy enough to fight him.

“The rubber match between Gennadiy Golovkin and Canelo Alvarez. Four years have passed since Gennadiy and Canelo got in the ring for the last time,” said Chris Mannix to the DAZN Boxing Show.  “What are some of the variables as you look ahead to this fight?”

“One of the key variables is the amount of inactivity, which Gennadiy Golovkin will have to overcome,” said Mike Costello. “He’s fought only once in the past sixteen months and against Ryota Murata in Japan.

“It wasn’t the most impressive performance. Now, in turn, he was coming off the longest break in his professional career. So maybe we make allowances for what was, for me, was a subpar performance.

“The jab that was so effective in the first two fights [with Canelo], to me, appeared to have lost its zap.

“Now, if we make allowance for the time he’d been out of the ring. But if you want to extend the time out of the ring, then in the last three years, and I know this includes the pandemic, he’s fought only twice.

“In that same period, Canelo has been much, much busier, and you have to say, against a better level of opposition. I think the key variable is how much of Golovkin is left. If it’s only what we saw against Ryota Murata, then I think it’s not going to be enough.

“Now, I’m making allowances for him having been out of the ring for so long and with the issues in the build-up and with the conditions around the Covid restrictions in Japan at the time.

“Here, I’m trying to look for reasons rather than excuses as to why he should be breathing so heavily as early as the second round. Why he should be troubled by body shots in the way that he was for so long?

“I take heart from the fact that he finished very clinically in the way that he might have done five or six years ago with a single right hand.

If you look at Murata, then there were times where he was grimacing in the rounds previous to the one where it all finished in the ninth.

“I just think there was too much evidence in that fight Gennadiy Golovkin at 40 isn’t anything like the operator he was four years ago and five years ago when he faced Canelo the first and second time around,” said Costello.

“Yeah, I agree with most of that,” said Mannix. “Before Canelo, Gennadiy was a take on all comers type of fighter. He would make financial allowances so that significant fights could happen.

“Since the second Canelo fight, it’s like he’s been, I don’t want to say cherry picking necessarily, he’s been taking as many non-threatening fights as he possibly could.

“Steve Rolls, he took as a shake off the rust fight, anticipating getting Canelo in the fall of 2018. When that didn’t happen, he then moved to Sergiy Derevyanchenko, then Kamil Szeremeta, and then Ryota Murata.

“There were reasons for these fights. Szeremeta was a mandatory title defense. You had Murata, who had a full version of a middleweight title. So now he’s a unified champion going into this third fight with Canelo, but he didn’t take on Jaime Munguia; he didn’t take on Demetrius Andrade.

“He didn’t take on the type of fighters that he normally would have before his first two fights with Canelo. That makes me wonder how much confidence does Golovkin and his team have that he can still win a big fight.

“The other part of it is, I mentioned Derevyanchenko. In the aftermath of Derevyanchenko, you had a lot of questions about the body stability of Gennadiy Golovkin, and you saw it against Murata.

“Murata hit Golovkin a couple of times in the body and made Golovkin take some deep breaths, back up, and regroup, and against Murata, he was able to do that because Murata isn’t a threatening puncher and not really an elite middleweight.

“I wonder, knowing Eddy Reynoso, knowing Canelo, are going to have an excellent game plan when it comes to a body attack. Just how much can he withstand if Canelo relentlessly goes to the body?

“Canelo is a cartoonishly good body puncher. His speed, and his power to the midsection, is as good as anyone in boxing. He’s going to be attacking the body of Golovkin.

“Can Golovkin, at this stage at 40, having been through all he’s been through, can he hold up to that kind of assault? That, to me, is the biggest question for GGG,” said Mannix

“Can we ask a question of a man that has been professional for 17 years, well over half of his life? There are a lot of hard rounds and a lot of hard fights. Another line from Manny Steward at that clinic that I spoke about some time ago, ‘You can often judge a fighter’s age, not in months and years, not in the calendar, but by the number of hard rounds they’ve had.

“For all of his successes, there have been many, many hard rounds in those Canelo fights. There were hard rounds for him most recently against Dmitry Bivol. There was a time in the middle of the fight,  quite a long spell, of relative inactivity where he seemed to take a holiday.

“Did he do that because he had to because he no longer has that relentless spirit either in body or mind? Something else for me is not a throwaway line; he plays an awful lot of golf now.

“To get to the standard that he plays golf, you have to play a lot. I just wonder if that at this stage of his life is a factor as well, and whether that takes away from the amount of concentration and devotion in the gym.

“I hang on to what the writer Jerry Eisenberg that said about Ali and Frazier way back in the 70s. When they fought, it eventually became a fight not for any title but for the championship of each other.

“I get that kind of feeling about these two. Once the bell rings, they’ll bring the best out of each other.

“I just hope in both cases; there’s a semblance of what we saw in 2017 and 2018. Then we can all walk away remembering a great trilogy rather than two of the three fights being memorable,” said Costello.

“Yeah, when I look back at the Bivol fight, it’s not an excuse because you should be prepared, and Bivol was great. I don’t think Canelo took it as seriously as he should have,” said Mannix.

“I think Canelo looked at Bivol and saw the way he struggled against Craig Richards and saw that he couldn’t knock out Lenin Castillo. Watch the tape of him in his most recent fights and say, ‘This guy is not going to be a major threat.’

“Then you get in the ring with him, and Bivol has the performance of his life, like the guy that was coming up when he was fighting on HBO, knocking out Sullivan Barrera and some of these fringe guys at 175,” said Mannix. 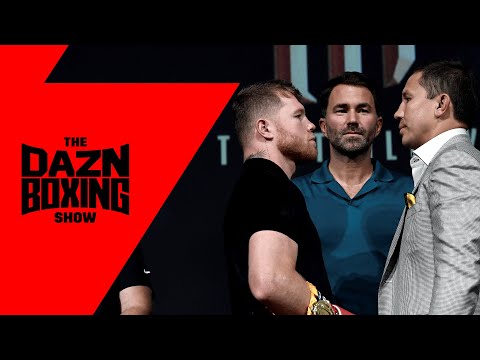