Gennadiy Golovkin Not Worried About Judges For Canelo Alvarez Trilogy

By Craig Daly: Gennadiy Golovkin is convinced that he can win a decision against Canelo Alvarez, even with the same judges that worked their second fight in 2018.

Golovkin (42-1-1, 37 KOs) points out that Canelo lost a decision to Dmitry Bivol in his last fight in May, and that proves that the judges will score against him when he’s outboxed.

What Golovkin isn’t saying is the scores that were handed down by the three judges that worked the Canelo vs. Bivol fight were far too close, given the one-sided nature of the contest. All three judges, in unison, scored the fight 115-113 x 3, which arguably should have been 118-110 or 119-109.

It’s possible that for Golovkin to win a decision against Canelo (57-2-2, 39 KOs) on Saturday night, he may need to dominate him in the same way Bivo did.

That’s going to be hard for Golovkin to do because he’s not as talented as Bivol when it comes to boxing skills, and his defense is nowhere near as good.

Bivol was rarely hit by Canelo, as he picked off practically every telegraphed punch the Mexican star threw in the fight. Golovkin can’t do this because even when he sees the shots coming from Canelo, he’s unable to block them like Bivol.

“This fight is different in many ways. A lot of time has passed, and we are all in different situations from a boxing standpoint. It is a different fight,” said Gennadiy Golovkin to Fight Hub TV about what has changed since the last time he fought Canelo Alvarez in 2018.

“I know what I need to do during this fight. I need not to allow any mistakes and to fight cleaner. This will give me the results that I want,” Golovkin continued.

“It’s not about me being happy or unhappy about the judges’ selection, but Canelo’s last fight showed that the judges can deliver a loss by a decision. Although he was not happy with their decision, he did not agree with their scores.

“Anyway, it showed that the judges are like a human factor that plays a role in the outcome of boxing fights. Indeed, this is my last fight with DAZN, according to our agreements. So any future fights will be discussed separately,” said Golovkin.

“When you look at the frame, everybody always towers over Canelo Alvarez during the head-to-head, and Gennadiy does too,” said Eddie Hearn to iFL TV.

“When you make 160 for sixteen years, it takes a big toll on your body, trust me. He [Golovkin] will fill unbelievable at the weigh-in on Friday at 168 compared to [at 160]. You will say to him, ‘Can you imagine if you had to take eight pounds off?’

“That advantage will go to Gennadiy. Going up and down is not an advantage, but 168 will be comfortable for Canelo. I don’t,” said Hearn when told that Golovkin said in an interview that he has no ill feelings towards Canelo.

“How can you have no ill feelings towards Canelo Alvarez and say the things that he said? Gennadiy Golovkin is a very respectful man. He’s an honorable man, he’s a great man, but he doesn’t like Canelo Alvarez.

“There’s no point sugarcoating it. I think sometimes he feels that he doesn’t want to disrespect the sport by having some sort of back and forward type of stuff. But he doesn’t like him; he doesn’t.

“He said too many things about him to like him. I actually think they respect each other as fighters, but Canelo has said, ‘I want to end this fight inside 12 rounds. I want to finish Gennadiy Golovkin.’

“I want Gennadiy Golovkin to speak his mind and to you guys, because he doesn’t like him. It’s simple as that. Then he’ll do an interview with someone else and say, he’s this, he’s that.

“Gennadiy Golovkin is a very tough man, and he’s also very smiley and lovely to be around, but he’s a stone-cold killer. That’s the reality.

“Where he comes from, the way he fights, you see his brother. They’re bad men, and they’re fine men, honorable men. They’re ready to do a job on Saturday night, and they want to go in there and destroy Canelo Alvarez. Make no bones about it.

“I really have no idea. It’s a huge fight,” said Hearn when asked how many pay-per-view buys Canelo vs. Golovkin III will bring in for the UK audiences.

“The time zone doesn’t help any pay-per-view, but I expect it to do similar numbers to what it did on BT pay-per-view. I don’t know what they were. It’s not going to break pay-per-view records, but it’s a huge fight that fight fans will want to stay up for.

“No,” said Hearn when asked if he told DAZN that they could get more viewers if they kept it off pay-per-view in the UK. “I’m not sure that’s even the case, to be honest with you.

“I think if you’re prepared to stay up and watch an international fight at four o’clock in the morning, you’re going to do it across either option, to be honest with you.

“It doesn’t mean it should be pay-per-view because of that reason. But ultimately, I don’t think you’re going to get a load of extra eyeballs if it’s pay-per-view or part of the subscription.

“Obviously, they [DAZN] are paying a huge amount of money for this fight, and they’ve got to make the numbers work.

“There will be fights that where when we go back to the pay-per-view argument with DAZN,  if they want to compete for fights like Canelo-Golovkin and Benn-Eubank, which is probably the biggest UK pay-per-view we’ve ever done, AJ-Fury, they have to have that functionality.

“They’ve been able to do it, and it’s been incredibly successful, particularly with the KSI event and Bivol against Canelo. They have a very powerful pay-per-view platform that they’ve built themselves,” said Hearn.

“This fight was agreed a long time ago before the pandemic, and they were working on this fight for a long time,” said Hearn to ID Boxing, when asked to discuss Canelo making Golovkin wait four years before finally fighting him.

“The pandemic hit, and it took away the ability to generate the revenue needed to stage a fight like this. Then after that, Canelo returned to the ring. During the pandemic, Canelo Alvarez was still fighting.

“I don’t think he’s played chess at all. Knowing Canelo Alvarez, he would never turn away from a challenge. If people want to see the fight, and the fight generates money, he’s in.

“This fight people will always want to see, and it will always generate money. I just think sometimes timing doesn’t work out, and obviously, the timing did work out.

“Obviously, you had the Bivol fight and then agreed to fight Gennadiy in September. I think at 168; it’s really going to help him. Of course, he may not be as fresh as he was at 34 or 32 or whatever. It’s just life.

“I put 168. I think in the Murata fight, you could really see the effects of 160 pounds [on Golovkin]. By the way, people talk about that performance. It was a great performance after the opening rounds.

“He went through the gears and stopped a very strong world champion in his backyard. This isn’t a guy that is just fighting Canelo Alvarez for the first time. This is a guy that fought him twice. He knows how to fight him,” said Hearn about Golovkin. 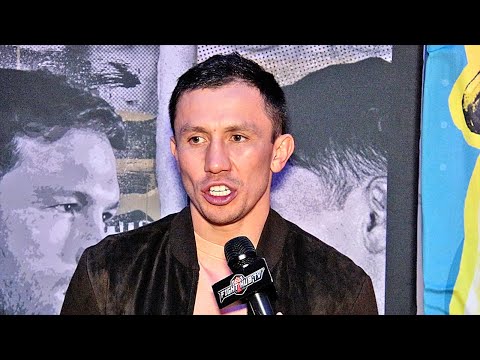 How to watch on TV live stream, lineups & predictions