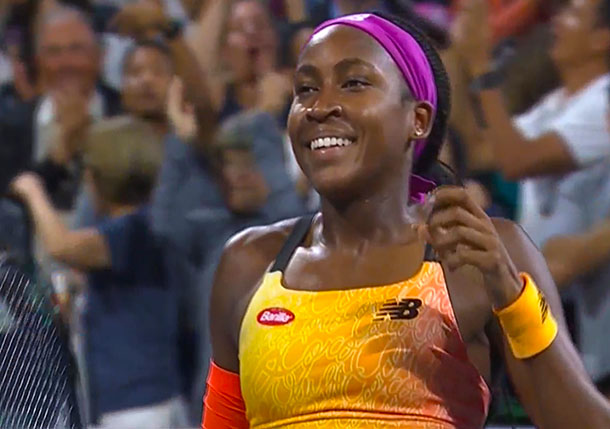 Coco Gauff has faced shriekers, screamers and grunters—and knows a winning sound when she hears it.

“You should be a voice actor,” Gauff told Greene as she packed up her racquet bag. “I’m serious. For extra money on the side.

“You sound like a cartoon character—in a good way. You have the most satisfying voice.”


2021 Montréal quarter-finalist @CocoGauff picks up her first win in Toronto.

She took out fellow American Madison Brengle 6-1, 6-3 and will face Wimbledon champ Elena Rybakina in the next round. 👀#NBO22 pic.twitter.com/45UGazjEsn

Indeed, someday Greene could rival Kader Nouni, the Barry White of chair umpires, for the mythical title of greatest umpire voice on tour.

In his prime, John McEnroe often urged chair umpires to seek another line of work.


Though as you can see from the video above, McEnroe seldom shared the sort of positive encouragement Gauff gave the chair umpire today.