Roy notes that Bivol (21-0, 10 KOs) is coming off the high of his best career win over Canelo Alvarez earlier this year on May 7th, and he may not be as up for his defense against his WBA mandatory challenger Zurdo Ramirez (44-0, 30 KOs).

Jones feels that the former WBO super middleweight champion Ramirez has a lot of talent, size, and power. In other words, Ramirez, 31, is a totally different fighter from the much smaller 5’9″ Canelo, who was easier for the 6’1″ Bivol to beat because of his size advantage.

Bivol will be defending against Ramirez on November 5th in the headliner bout on DAZN at the Etihad Arena, Abu Dhabi in, UAE.

What Jones Jr failed to mention is there’s a lot of pressure on the 31-year-old Bivol, as he must defeat Ramirez for him to get the lucrative rematch with Canelo.

The Mexican star told the media last month that he won’t fight Bivol if he loses to Ramirez. Bivol has got to win against Ramirez. Otherwise, Canelo will move on and fight someone else next May.

Ramirez isn’t a perfect fighter by far. Whatever little speed that he had when he fought at 168 is now gone after his move up to 175 in 2019. To make matters worse, Ramirez is on the verge of outgrowing the light heavyweight division.

For example, in Ramirez’s last fight against Dominic Boesel on May 14th, he rehydrated to 204 lbs, which is an absurd amount of weight for a light heavyweight to be weighing after rehydrating.

Ramirez had weighed in at 174 lbs, which means he gained back 30 lbs after rehydrating. For Ramirez to be that big for a fight at light heavyweight, that’s a red flag that he needs to move up to cruiserweight because he’s already outgrown the 175-lb division.

What was noticeable about Ramirez’s performance against Boesel was how slow he was, both in hand & foot. He was very, very slow, and you can argue the only reason Ramirez won was that how poor of a fighter Boesel was.

Against a quality light heavyweight like Bivol and Artur Beterbiev, Ramirez would have been eating punches all night and likely would have been stopped by the referee or his corner.

During Ramirez’s meeting with Bivol for the initial press conference in Abu Dhabi, he looked considerably bigger than him. Ramirez was as big as a cruiserweight, and he appeared to be hiding a paunch with the long sleeve shirt that he was wearing. You could Ramirez’s stomach, and it was clear that he needed to lose weight.

“Hell yeah, there is, and I’m going to tell you why because Gilberto Ramirez is a real problem,” said Roy Jones Jr to Fighthype when asked if Dmitry Bivol could have a letdown after his big win over Canelo Alvarez and could lose his next fight to Gilberto ‘Zurdo’ Ramirez on November 5th.

“This kid [Ramirez] can fight. He’s underrated and unknown, and this is his opportunity to make himself known. He’s undefeated; he’s a former super middleweight champ,” said Jones Jr.

It appears that Jones Jr is remembering Ramirez more for what he’s done at 168 than how he’s looked at 175, as he’s not looked good at light heavyweight.

Even when Ramirez was fighting at 168, he never fought anyone good in the division. The only halfway decent fighter Ramirez fought during his years at 168 was Jesse Hart, and he barely beat him.

“This is a really good fight for Bivol, and Bivol has to be careful not to let this fight be a downer type of fight for him because he’s coming off a big win over Canelo.

“Now, he’s fighting a guy that is relatively unknown but a very dangerous guy. So this is going to be a very good fight for Bivol, but Bivol has always shown to be a constant professional.

“I think he’ll handle it the right way. He just has to be careful not to get caught in that letdown syndrome because he’s coming off a big fight that he just came off of [against Canelo], which was the biggest fight of his career to fighting a guy who you don’t really know [Ramirez] is going to be kind of tough.

“He’s a whole different process. Canelo, you got to remember, he was a 154-pounder coming up to light heavy. This kid [Ramirez] is a 168-pounder coming up one step higher. Bivol even mentioned that he could make 168.

“I think it would have been Bivol because he’s hard to figure out, and he does some things that are pretty interesting,” said Jones when asked which of the current top light heavyweights would have given him trouble during his career.

“That’s something I was good at doing, but you better make sure you hit him first because if he hits you, it’s going to be problems. He would have been a problem.

“He’s a power puncher, that’s what he does, and that’s what he really lives by. So me being a champion, I take the best thing you have away from you. So if I know power is your best thing, that’s the first thing I’m taking away,” said Jones Jr. 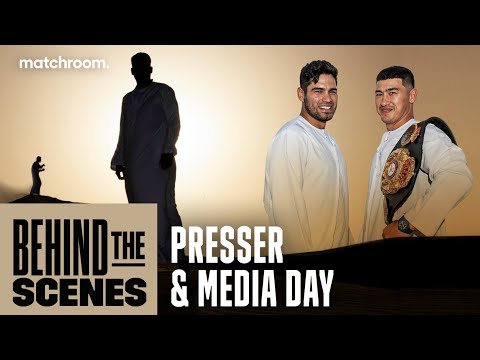