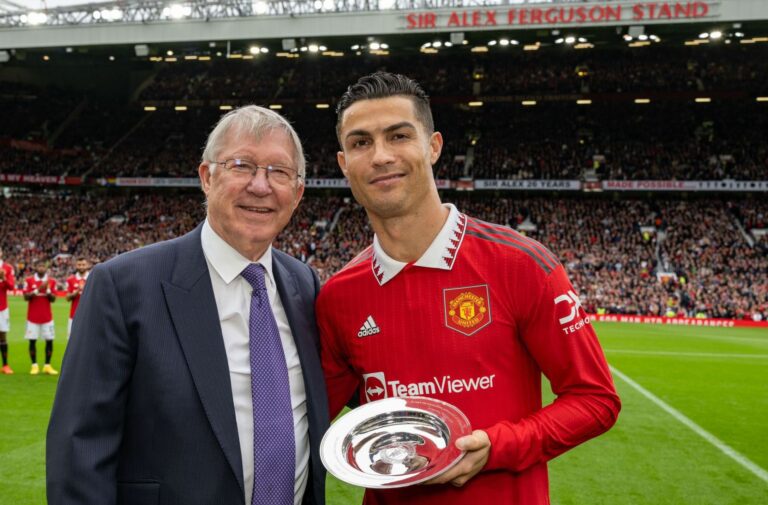 Cristiano Ronaldo has paid tribute to Sir Alex Ferguson with a short and nostalgic message on social media.

Before kick-off in Manchester United’s 0-0 draw against Newcastle on Sunday, Ferguson awarded Ronaldo a silver plate in honor of the forward’s latest record: 700 career goals in club football.

“Always good to be with you boss!” Ronaldo tweeted to his former coach on Monday along with two photos of them together.

Always good to be with you boss! 🙏🏽 pic.twitter.com/TP4bzkgDCz

The five-time Ballon d’Or winner reached 700 club goals when he fired home the match-winner in United’s 2-1 win at Goodison Park earlier this month.

Unfortunately, Ronaldo couldn’t add to his tally at the weekend against Newcastle after having two goals disallowed. It was only his second Premier League start of the season and his first since mid-August.

Erik ten Hag replaced a visibly unimpressed CR7 with Marcus Rashford in the final 20 minutes. The United manager later told reporters he did it to keep all of his strikers fresh ahead of a grueling run of fixtures for the club, with little rest in between games.

The Red Devils return to action on Wednesday for another home match in the Premier League against Tottenham.