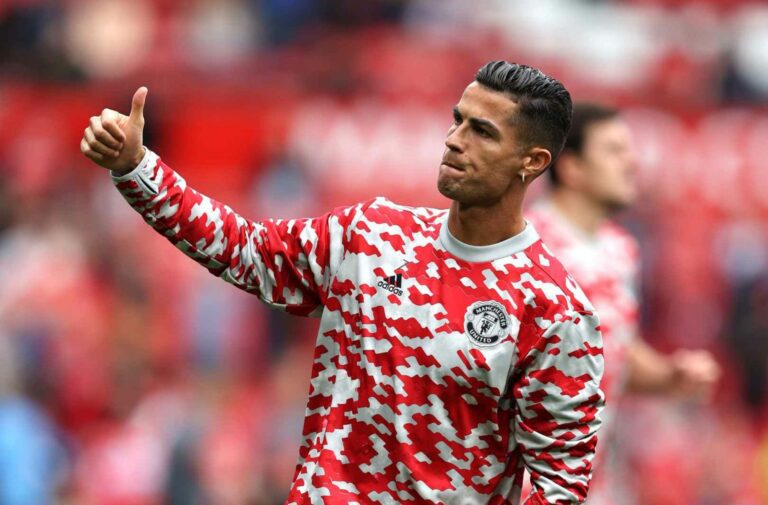 CR7 has opened up on the club board’s reaction to him missing pre-season.

In a new clip of his TalkTV interview with Piers Morgan, Ronaldo revealed his newborn daughter, Bella, was sick with bronchitis at the time – only three months after her twin brother had died.

However, while United manager Erik ten Hag granted Ronaldo extra time off, the forward claims that two senior figures at the club treated him with suspicion.

“They didn’t believe that something was going wrong.”

Cristiano Ronaldo has told Piers Morgan he felt doubted by his Manchester United bosses when he told them his newborn daughter was sick.@cristiano | @piersmorgan | @TalkTV | #PMU pic.twitter.com/Y2jDLFR62J

“I spoke with the director and the president of Man Utd and they kind of didn’t believe that something was going wrong, which made me feel bad,” Ronaldo said during the interview.

When Morgan asked him to confirm if they didn’t believe him, Ronaldo added: “They believe me but in the same way [shakes head]…

“I am never going to change the health of my family for a football. Now, or 10 years behind or forward.

“And it is something that really hurt me because they doubted my word that I was struggling, especially Bella and Geo [Georgina Rodriguez, Ronaldo’s girlfriend]. We had one week in the hospital because Bella had a big problem and I didn’t go to the pre-season because of that.

Ronaldo has stated on social media that his focus lies solely on the upcoming World Cup with Portugal, who will take on Ghana on November 24 in their Group H opener.

Hansi Flick responds to pressure to resign after

Why Japan’s goal was not out of play