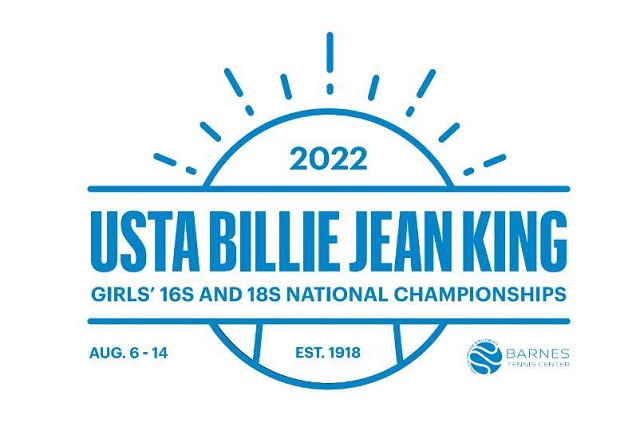 CBS Sports Network will televise the National Championships this weekend.

“We are delighted to welcome CBS Sports to Barnes Tennis Center and look forward to the final weekend of the USTA Billie Jean King Girls’ National Championships on CBS Sports Network,” said Tournament Director Lornie Kuhle. “With the experienced broadcast team of Sam Gore and Pam Shriver, fans are going to get great insight of the matches during the telecast.”

To view tournament draws for each division, click here.

Over 400 of the top junior tennis players in the country, aged 16 and 18 and under, are competing for the title of National Champion. In addition, the following wild cards to the 2022 US Open will be awarded to the tournament’s top finishers:

The 18s Doubles Champions will also receive a wild card into the US Open Women’s Doubles main draw.

Admission is free each day of the tournament and there is no charge for parking at Barnes Tennis Center. Additional tournament information can be found at: www.ustagirlsnationals.com/