Skip to content
Canelo Alvarez Injured, Could Be Out Until September 2023
Boxing

Canelo Alvarez Injured, Could Be Out Until September 2023

By Robert Segal: Canelo Alvarez revealed that he fought Gennadiy Golovkin with an injured left wrist and that he could be out of action until September 2023.

In the last four rounds, Canelo faded and let Golovkin get the better of him with his jab and occasional power shots. Golovkin was mostly jabbing, as he appeared gunshy when it came to throwing power shots.

The 32-year-old Canelo was frequently missing his punches and looked nothing like the fighter that had beaten Golovkin four years ago in 2018.

It’s possible that Canelo’s fight against Caleb Plant in 2021 took the best part of him and left the shell that we’ve seen in his fights against Golovkin and Dmitry Bivol.

Indeed, last Saturday night, Canelo resembled the fighter that was soundly beaten in his last fight by WBA light heavyweight champion Dmitry Bivol on May 7th. Canelo looked a lot older than his chronological age.

If you didn’t know that Canelo was 32, you’d think he was almost the same age as the 40-year-old Golovkin. Canelo looked over the hill, and it’s painfully obvious that he’ll lose to Bivol in the rematch. Moreover, Canelo is likely too past his prime to defeat David Benavidez, Jermall Charlo, or David Morrell at 168.

There was virtually no improvement in Canelo’s game. The only difference is Canelo was fighting an old and arguably shot to pieces 40-yer-old Golovkin.

Canelo says the wrist needs surgery, and it’ll take as long as 12 weeks potentially to rehab the injury. However, Canelo (58-2-2, 39 KOs) states that he wants to take time off and let his body rest because he was busy last year, fighting four times in 2021.

Canelo’s injury could delay his potential rematch with WBA light heavyweight champion Dmitry Bivol, who defeated him last May.

If Canelo needs a tune-up when he returns to the ring in 2023, his rematch with Bivol will likely be pushed back to 2024.

“It hurts really bad all over. I’ve had this since the Caleb Plant fight. I need surgery,” said Canelo about his injured left hand after his victory over Golovkin. “It’s not broken. It’s my wrist.

“I respect the judges. A win is a win,” said Canelo when told that fans saw the fight as being wider than two of the judges’ scorecards.

“Towards the end of the fight, I began to get fatigued, and that’s because I wasn’t able to work explosively in the gym. Despite all the problems I had, I’m really happy with my performance tonight,” said Canelo.

It’s convenient for Canelo to delay the Bivol rematch for as long as humanly possible because he’d stand no chance of beating him with the way he looked last night against Golovkin.

The Canelo fought; it’s more just an injury thing that made him look so bad. It’s ring wear and natural aging. While 32 is young for some fighters, it’s old for others.

In Canelo’s case, he’s roughly fighting at the capacity of a 40-year-old now, in this writer’s opinion. The 43-year-old heavyweight Luis Ortiz looked worlds better than Canelo in his recent fight against Andy Ruiz Jr.

Canelo has a big decision to make in terms of who he wants to fight when he returns to the ring. It’s clear that if he fights guys like Bivol, Benavidez, Jermall Charlo, Morrell, and Artur Beterbiev, he’ll lose badly.

The reality is that if Canelo chooses a lesser fighter like John Ryder, he’s going to take a lot of criticism from fans, as they want to see him fight Bivol, Benavidez, or Charlo. 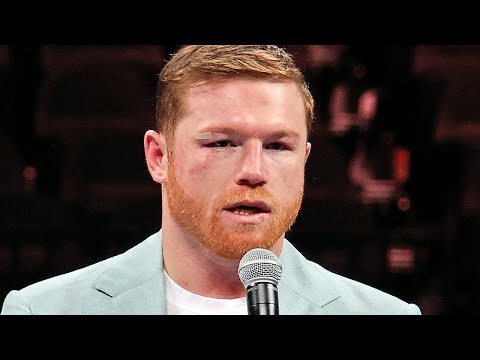