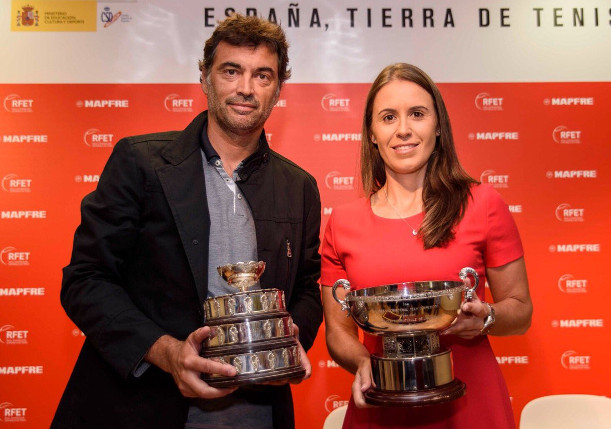 Sergi Bruguera’s tenure as Spanish Davis Cup captain has come to an end.

The 51-year-old Bruguera and Spanish Tennis Federation decided “by mutual agreement” to end his reign as Davis Cup captain, the RFET announced today.

“Sergi Bruguera and the RFET, by mutual agreement, have decided to end the stage of the Spanish tennis player as coach of the MAPFRE Davis Cup national team,” the RFET announced in a statement. “The RFET Board of Directors wishes to express its gratitude to Sergi Bruguera for his work at the helm of the Spanish team since 2017.

“The double champion of Roland Garros and silver medalist in Atlanta leaves with the gratitude of the fans and everyone Players.”

Zverev’s ex-coach, David Ferrer, is one of the leading candidates to succeed Bruguera as new Spanish Davis Cup captain.

Last month, a Spanish team of Roberto Bautista Agut and Pablo Carreno Busta fell to Croatia, 2-0, in the Davis Cup quarterfinals in Malaga, Spain. The host side was without world No. 1 Carlos Alcaraz, recovering from an abdominal strain, and second-ranked Nadal, who was playing an exhibition tour with Casper Ruud.

The referee officiating Argentina vs Croatia at the World Cup

Rybakina Hits Back at Criticism of Coach Stefano

Sabalenka to No.2, Rybakina Top-10