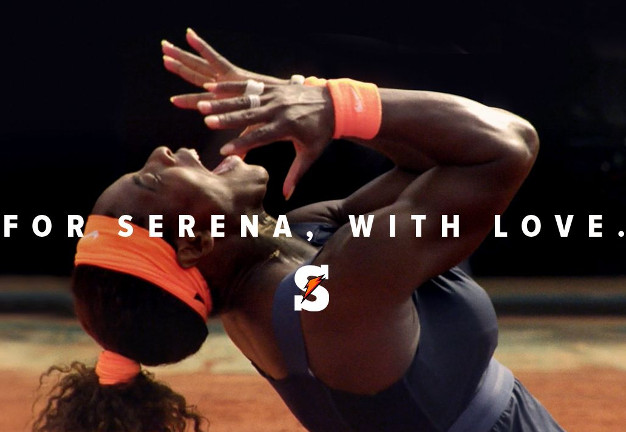 Directed by acclaimed British director Jake Nava, the ad titled Love Means Everything visualizes how Serena changed the game and inspired millions to love who they are and fuel their ambitions, on and off the court.

In the ad, the iconic Gatorade “G” logo has been transformed into an ‘S’-bolt to celebrate Serena ahead of her finale at the US Open.

The 40-year-old Serena will play Danka Kovinic in her US Open opener at 7 p.m. on Arthur Ashe Stadium. Serena Williams announced in an essay she wrote for Vogue she plans to make her farewell at this US Open.


Four-time Olympic gold-medal champion Serena Williams joined Gatorade’s elite athlete roster in 2009 and has played an integral role in some of the brand’s most impactful work over the last decade, including this year’s Fuel Tomorrow equity in sport initiative to help more kids get in the game.

Williams was the first-ever athlete to design a custom Gx Bottle, with the bottle design celebrating Serena’s strength, as an athlete, a mother and a role model.