Skip to content
Anthony Joshua Back In His Amateur Gym, Will He Dump Robert Garcia?
Boxing

Anthony Joshua Back In His Amateur Gym, Will He Dump Robert Garcia?

By Charles Brun: Anthony Joshua dropped by for a visit at his old amateur gym Finchley ABC today for some reason. It’s unclear if this is another attempt by the 32-year-old Joshua (24-3, 22 KOs) to retool his skills after nine years in the pro ranks.

Joshua is obviously at rock bottom, losing for the second time to Oleksandr Usyk on August 20th in Jeddah, Saudi Arabia.

As we saw after AJ’s last defeat, he dumped his coach Rob McCracken, and you have to wonder if he’s about to do the same with his new trainer Robert Garcia.

Although Joshua made incremental improvements in his game, he still didn’t make enough for him to get the win over Usyk. As such, is that enough reason for Joshua to give Robert Garcia the boot?

If this were war and Garcia was a general that had failed, you can argue that Joshua, the supreme leader, would have no other choice but to relieve Robert of command and replace him. Garcia didn’t do the job, and for that, he made need to have the rug pulled out from under him.

Boxing is a form of war, so it might be a good idea for Joshua to fire Robert Garcia and look for an outstanding trainer that can address the flaws in his game that were missed by the current coach from the U.S.

Who should be Joshua’s new replacement coach? That’s a good question. There are a lot of excellent trainers from Eastern Europe that would be ideal for Joshua. That might be what he needs because he’s never going to beat a fighter like Usyk with his current bum-rushing approach taught to him by Robert Garcia.

“He [Joshua] told Hearn that he wants to fight in November. Hearn replied that he can arrange a fight for December, not November,” said Robert Garcia to Izquierdazo.

Back to where it started, far from where it ends, I love this game 💯 pic.twitter.com/w0zWz2fK0r

“If the fight is in December, there is not much time left, just four months. He can rest for a couple of weeks, but we will keep training and be in better form for December,” said Garcia. 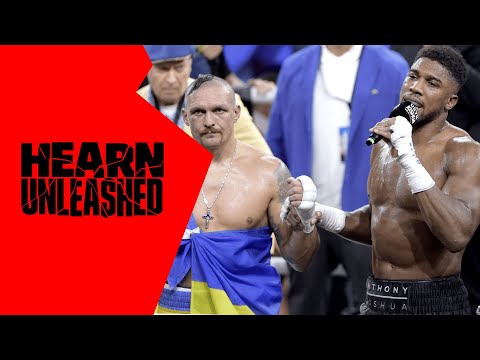