Anthony Dirrell Says Caleb Plant Will Be On His Bicycle On Oct.15th
Boxing

Anthony Dirrell Says Caleb Plant Will Be On His Bicycle On Oct.15th

By Dan Ambrose: Anthony Dirrell says he expects former WBO 168-lb champion Caleb Plant to get on his bicycle immediately when the two battle in the co-feature spot on the Deontay Wilder vs. Robert Helenius card on October 15th at the Barclays Center in Brooklyn, New York.

Dirrell views the 30-year-old Plant (21-1, 12 KOs) as an unlikeable runner who will be trying to avoid mixing it up with him on the night.

Plant is fighting for the first time since losing his WBO super middleweight title to Canelo Alvarez last November in Las Vegas.

While Plant did fight well in the first half of the contest, in the second part of the bout, he lost his confidence. Plant started looking for reassurance from Canelo by asking him how he was doing.

It was pathetic to see Plant reduced to seeking validation from Canelo, and it wasn’t surprising that he was knocked out soon after in the 11th round.

The 37-year-old former two-time WBC super middleweight champion Dirrell (34-2-2, 25 KOs) can put himself in a position for a Canelo payday fight if he defeats Plant.

It won’t be easy because Plant has excellent boxing skills, and he’s tough during the first six to eight rounds. Plant’s gas tank is poor, and there’s a real possibility Dirrell can win if he comes on strong in the championship rounds.

“We’re boxers, and inside the ring, it’s business. Everybody understands that. Outside of the ring, nothing personal. Don’t act like an a**hole. I think he acts like an a**hole to everybody,” said Anthony Dirrell to Fighthype about Caleb Plant.

“I didn’t know Caleb Plant was supposed to fight Benavidez. I’m still here. I’m one of the oldest in this weight division now.

“Just beating him, just whooping his a**,” said Dirrell when asked what his motivation is for the Plant fight. “I’ll be 38 when this fight happens. He just turned 30.

“I think the experience will come in, but I think it’ll be just natural ability. I know I’m better than him, and that’s what it’ll come down to.

“He worries about everybody’s power. I know he’s going to get on his bicycle. Everybody knows that. That’s how he fights. He runs, a counter puncher. I have a plan for that.

“He ran; how can you be excited bout that?” said Dirrell when asked if he was impressed with Plant’s performance against Canelo Alvarez. “In the first couple of rounds, he was peaking, but after that, he ran.

“Then once he said, ‘I’m doing good,’ it was over. I lost all respect. I think everybody did.

“He’s still there. I don’t think he would have took this fight if his heart was any questioned. I’m not knocking that man’s heart. I think everybody has heart that gets in the ring in boxing.

“So many people have died recently from boxing and boxing-related activities. I can’t question that man’s heart. He’s getting in the ring.

“When have I not ever controlled my fight plan? I got a game plan for everything. 12 rounds, knockout, whatever. Caleb Plant is going to be Caleb Plant.

“I’ve been working my a** off for this fight like any other fight. Caleb is just another victim that’s in the way. We’ll see. I don’t know,” said Dirrell when asked if a win over Plant will lead to a title shot against undisputed super middleweight champion Canelo Alvarez. “I hope so, but we’ll see.

“Hopefully. I think that’s the plan,” said Dirrell about stealing the show from the main event fight between Deontay Wilder and Robert Helenius. “I did that in my last fight.

“I think everybody wants to see what Deontay does after his two losses. I think he comes back strong. Deontay is going to be Deontay. He’s going to come out and get the knockout. 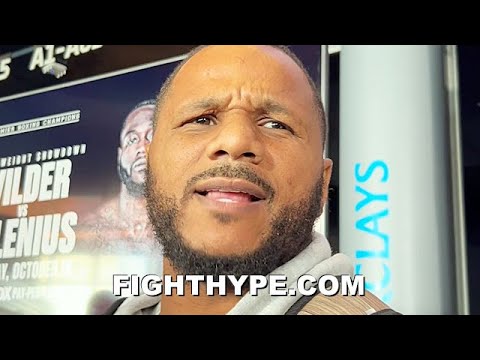 The best goals of MLS week 27