By Dan Ambrose: Andy Ruiz Jr says that he wants a trilogy fight against Anthony Joshua if he wins his match on September 4th against Luis ‘King Kong’ Ortiz at the Crypto Arena in Los Angeles.

He’s shown no urgency to stay active with his career, and you can argue the millions Ruiz got for his two previous fights against Joshua have a lot to do with that. According to Celebrity Net Worth, Ruiz’s net worth is $10 million.

For the third fight between Joshua and Ruiz to be one that the boxing world is eager to see, Andy needs to beat some younger heavyweights that are on their way up rather than hand-picking older fighters.

Ruiz’s other fight since losing to Joshua was against 40-year-old Chris Arreola last year in May. That was a tune-up fight for Ruiz, and he’s been sitting inactive for the last 15 months since the shaky win over Arreola.

The other guys that Ruiz wants to fight are Oleksandr Usyk, Deontay Wilder, and Tyson Fury. Unfortunately, the chances of Ruiz getting any of those fights are slim & none.

“Luis Ortiz hurt him two times and almost became a champion against Wilder,” said Andy Ruiz Jr to K.O. Artists Sports. “A lot of people think Luis Ortiz is going to beat me, but I’m not going to argue with them.

“Of course, there’s the blood that needs to get back to because I won AJ won time, and he won me the other time because of myself. I didn’t do the right things,” said Ruiz when asked who he wanted to fight next.

“Right now, I feel I’m in the right state of mind. Either one would be good,” said Ruiz about him being interested in fighting Joshua or Deontay Wilder.

“I just want the opportunity to get that belt. The WBC belt that’s the one I’m chasing for. If it’s Wilder, Usyk, or Joshua again, whatever it takes. I just want that belt.

“I’m going to go for Tyson Fury because of his style. Tyson is a good guy, even though he does a lot of show,” said Ruiz. 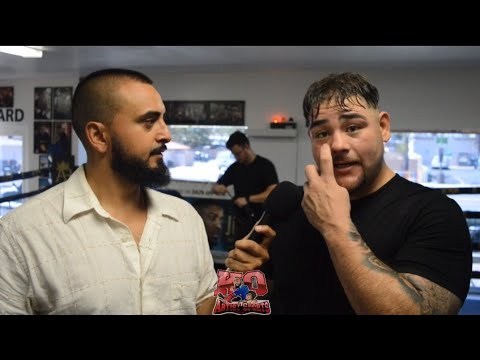 Player ratings as lacklustre Blues fall to another defeat